Welcome to the Gulf of Maine Council GeoTour

The GeoTour is like a scavenger hunt, but instead of visiting locations to collect objects, participants will be finding answers to site specific questions and collecting points.  The treasure, a limited edition Gulf of Maine Council 25thAnniversary Geocoin, is available to participants who collect enough points and send in their GeoTour Passport. 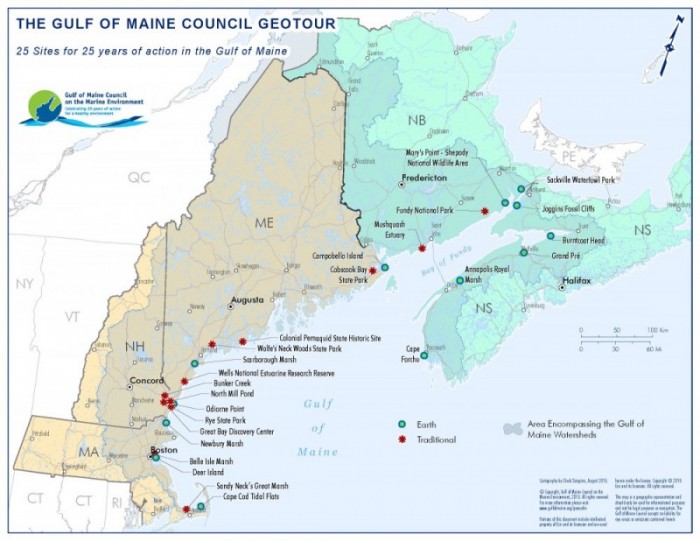 Many thanks to the people and organizations were involved in the creation of the Gulf of Maine Council GeoTour. In particular, we would like to extend a special thank you to the individual geocache owners who have kindly given us permission to use their caches as part of the GeoTour and to those individuals who helped prepare site write-ups, provided site specific questions or supplied site photos (see the 1-page write ups for those who provided assistance). In addition, we would like to extend thank you to the following people, who without their help, this project would not have been completed: